The Aquatop In-line CO2 Diffuser efficiently delivers CO2 into large or high flow aquariums. Made from a durable plastic, the IL-CO2 is easy to install and works in-line with your canister filter tubing. The highly porous ceramic atomizer diffuses CO2 so that it can be readily dissolved into the water column, increasing the saturation of […]

Read More
February 17, 2015 Reflections on Sustainable Aquatics moving from 2014 into 2015 and the Future

SA believes that a hatchery only able to produce clown fish and a few other demersal spawning fish will not have a great future, will not offer the industry what it needs, and will not strengthen the industry or help the ecosystems. We view our clownfish production and sales as an important stair step on […] 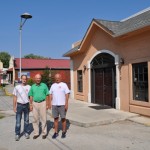 Sustainable Aquatics (SA), announced today that it acquired two pieces of Real Estate adjacent to its main facility in the old Appalachian Cooperative Building at 110 West Old Andrew Johnson Highway, being the former Carl’s Furniture and the former offices of Skeen Reality, both on West Old AJ Highway. The sale was arranged for the […] 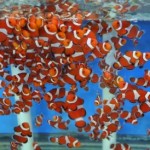 Sustainable Aquatics is happy to announce the availability of a species we have been working with for several years. Our Epaulette sharks had their first fertile eggs last year. After several months of incubation, the sharks began to hatch. This spring we are proud to offer healthy tank-bred Epaulette shark pups! The Epaulette shark (Hemiscyllium […] 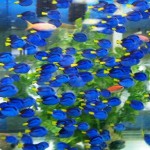 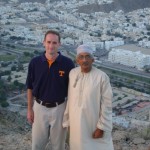 Sultanate of Oman Matthew and John made their first expedition to the Arabian Sea in September of 2007, traveling through Atlanta and Dubai to Muscat, the capital city of Oman. The flight from Atlanta to Dubai is one of the longest in the business — over 14 hours on a 777! Arriving in Muscat late […]